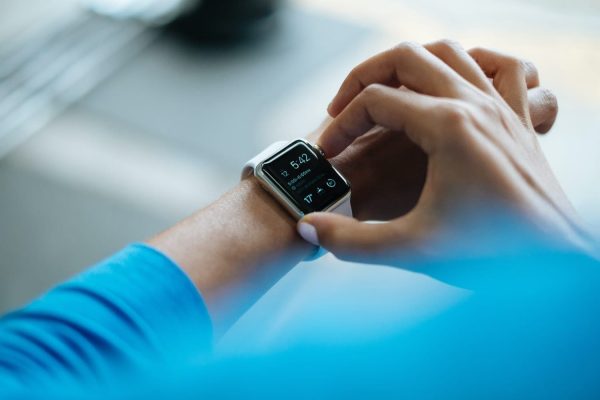 The MicroLED Apple Watch is a long-running series brand that’s should be releasing its 6th model soon. There’s a chance it could be released in September, but nothing has been promised from Apple to back this claim up. With such an extensive history behind it, we can make an educated guess as to what Apple Watch Series 6 will offer. These are some of the rumors surrounding its specifications.

Perhaps one of the most unique things about the Micro Led Apple Watch series is that it has been made from aluminum, stainless steel, gold, ceramic, and titanium. Of course, this increased costs, but it made the watches into a premium brand. Cheaper alternatives using plastic have been mooted, and even a kid’s version has been tossed around.

Apple 6 might even see more improvements when it comes to upgrading its health apps. Among these is blood oxygen detection coupled with better ECG. This will allow Electrocardiograms to perform at much wider ranges than has previously been available. This allows the MicroLED Apple to stake its claim that it is a genuine life-saver and not just another fancy gadget. There are also rumors that it can keep track of your mental health, but how it will do this remains unclear at this time.

New features on the fitness app look like they’ll be included in the Series 6 version. This will include reminders for exercise sessions using vibrations and sounds, interaction with the software, which will consist of data produced from your previous workout sessions. This is codenamed Seymour, and it will also show you how to workout as well. Of course, there are the usual mechanisms that track gait, elevation, and tempo that will be recorded during your workout session.

One of the more exciting features that are rumored to take place is the Liquid Crystal Polymer that will increase connectivity. This might even lead to WiFi 6 being included in the latest release of the Apple Watch. It might actually improve water resistance as well, though we wouldn’t go for a swim with it just yet.

If you’re a parent, there is also a ‘’Kid’s Mode’’ that will allow you to control your child’s phone from a remote location, and it will probably allow you to bring you that extra peace of mind by tracking your child’s movements as well. This would also enable activity rings to be monitored, which would allow the parent, in theory, to track what type of activity the child is doing at one moment.

As the name suggests, it might have a MicroLED screen as its main attraction, and it is part of a generation of devices that seek to be much more than just a watch. There are rumors currently going around that the old OLED screen might still be in place. Despite a recent $200 million investment, it seems that this technology might not be ready in time according to some sources.

Rumors are part of the industry, so we’ll just have to sit and wait to see what is actually happening. At any rate, the pathway to the future is clear, and it would seem that packing yet more features into it’s tiny size is that path.

The Apple tradition demands constant improvement, but practicality requires that the package be consumer-ready when it is released. Given the events of this year, it should not come as a surprise if there were delays in releasing this product, and there might be a very soft market anyway when it is finally available.