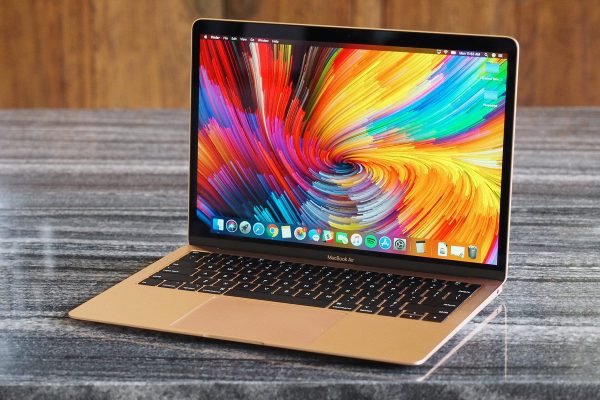 Carrying a heavy laptop and taking it to your office every other day isn’t something anyone wants to do, especially if you need to travel long distances in order to reach the office. Most people cringe at the idea of having to hold a heavy and bulky laptop for any length of time during travel. 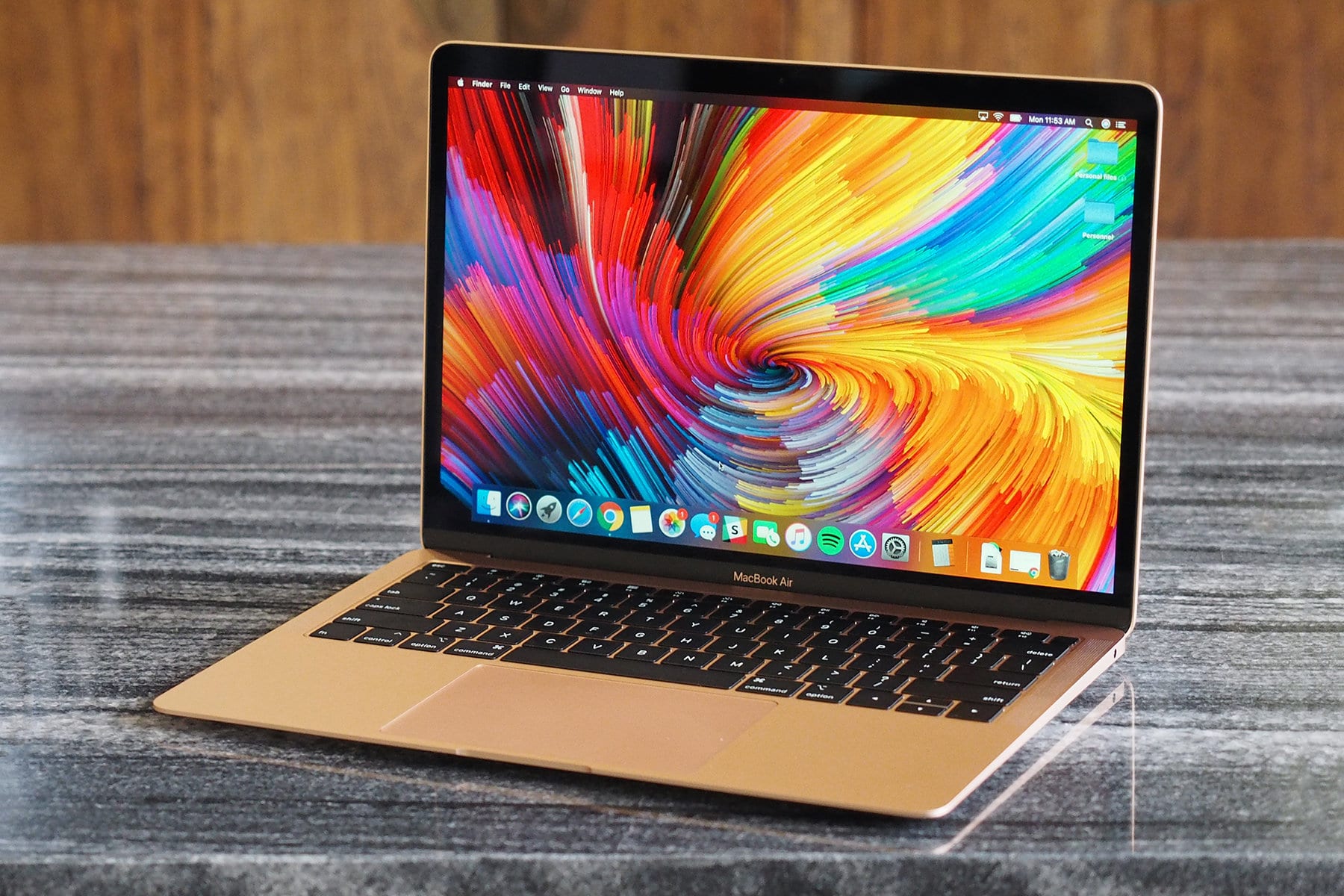 As usual, Apple has just the solution. The company launched its lightweight, sleek, and smart laptop: the MacBook Air. Just like all previous devices, including the MacBook Pro, the latest MacBook air comes with all the amazing features you want to have on your laptops, such as long battery life, MagSafe power connector, 8th generation dual-core processor, Thunderbolt port, and a Facetime HD camera. For starters, the retinal display of this product sets it apart from others.

Before this latest product, Ultrabook was Apple’s popular laptop. Apple lovers adored this product and, for a very long time, kept using it. However, with the MacBook Air release, the company has moved one step ahead and given fans, even more, features in a lightweight laptop.
The new model features a similar design but adds more to the user experience.

Despite the similar design, it’s a bit smaller in size compared to the Ultrabook but still boasts a decent hard drive. It’s more convenient to carry with you to and from work or when traveling, and it’s a long-lasting product, so you won’t have to pay extra for maintenance or wear and tear.

This device is surely one of those that won’t slow down no matter how frequently you use it.

Along with this, you get two USB ports, which means you can charge it through this port. This is why it makes a great office computer.

If you have always used a huge laptop with a significantly large keyboard, this new product might be a bit difficult to adjust to. 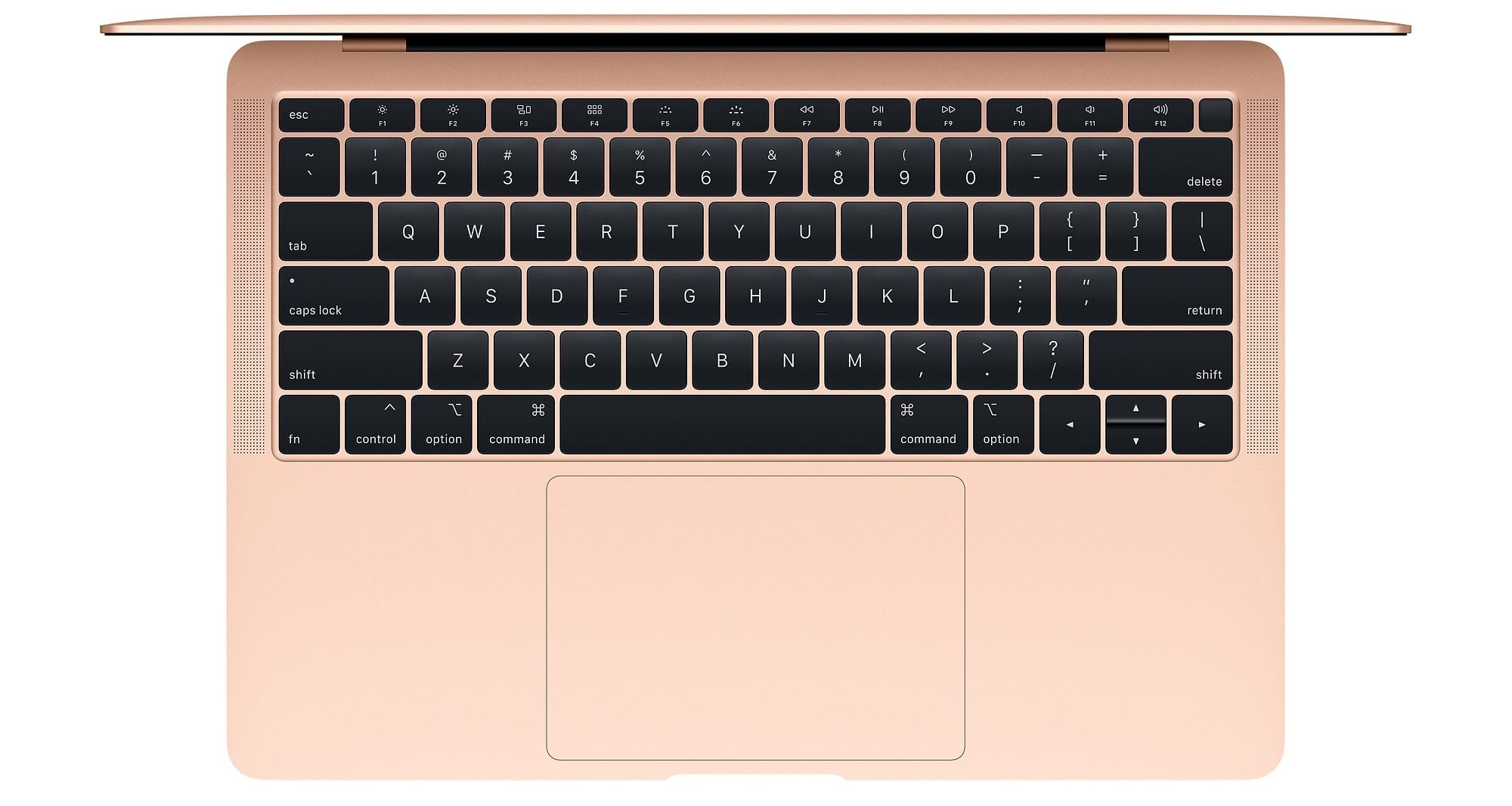 The keys that it comes with are small but swift which can be challenging initially. However, as you get used to it, most people are extremely comfortable using them. This is a great feature for those who rely on fast typing to earn money.

The special feature of butterfly switch further adds to the productivity of its user. And despite how quickly you’re able to type on the device, it’s one of the quietest keyboards on the market.

Apple is at the forefront of safety and security on their computers.
The MacBook Air comes with a high level of protection by providing its users with fingerprint security. Nobody is able to get into your computer without your consent or without you present.

The speakers also come with improved quality and have a volume that is 25% louder than the previous version. The stereo spacing is also available with this new model that keeps the sound loud and clear according to your preference.

This device has a conventional look. With a small but pretty screen, this product also has the retina display which further improves the quality of images that you see on it. The 2560×1600 pixels come with enough density to make the images look sharp and sleek. The angles have also drastically improved making the display much better and prominent among all other features.

One of the best MacBook Air features is the video transcoding which is a new feature that, since Apple launched, no other competitor has been able to match this feature so far. The T2 chip is a one-of-a-kind chip. It reduces the timing of transcoding to 30 minutes making your task completion much easier and faster. No matter the size of the video you want to edit, this feature will do it swiftly and you won’t have to set aside much time for it.

You can perform all tasks easily without affecting the efficiency of the feature. The Wi-Fi connection is extremely swift and strong and can pick up all the near Wi-Fi signals quite easily. Thus, whenever you have this laptop with you, you can always stay connected to the rest of the world through the Internet.

No Need for Constant Updates

One major problem with laptops is they need to run a lot of updates. All too often, these updates happen right when you had to perform a very important task.
This device, however, does not cause this trouble as updating is not needed on a regular basis. You’re able to complete your work without worrying about an interruption from an update.

The Apple MacBook Air is surely one of the finest products that the company has produced up until now. The design of the gadget is sleek and looks sharp, which makes it a favorite among customers. With a price tag of $1,319.00, you’re getting a machine you won’t regret buying. It’s lightweight, easy to use, and one of the most convenient laptops available. For business dealings and office work on the go, it is the ultimate tool.