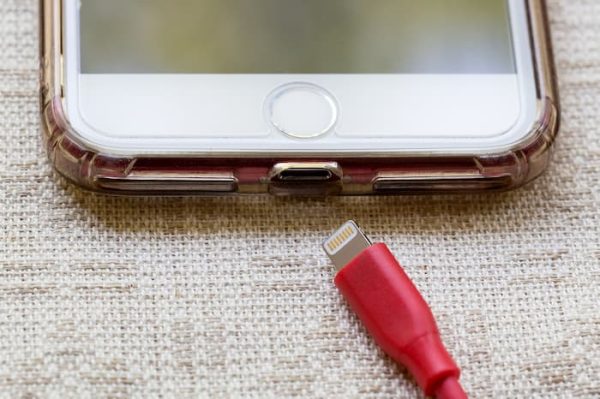 Lightning is another name for a proprietary 8-pin connector cable developed and used by Apple Inc. The power connector was introduced in 2012 to replace the previous 30-pin connector and is now used for all modern Apple devices such as iPhones, iPads and even some iPods.

Other peripherals like cameras and USB chargers may also use this pin, however only Apple-owned ones. Other brands such as Samsung or Huawei now use the USB-C connector for their charging devices, while a few older models still use the Micro-USB connector that was the standard before the USB-C.

Without an adapter, the Lightning cable is not compatible with older devices, nor with non-Apple devices or products. All devices since the iPhone 5 generation feature it, and in addition to being used for charging, it is also used as an adapter port for iPhones since the iPhone 7.

As Apple no longer puts 3.5mm headphone jack ports into their devices, users who want to use cabled headphones need to use a Lighting to headphone jack adapter cable. Other adapters include Lightning to HDMI, to USB-3, to VGA, and to Digital AV.