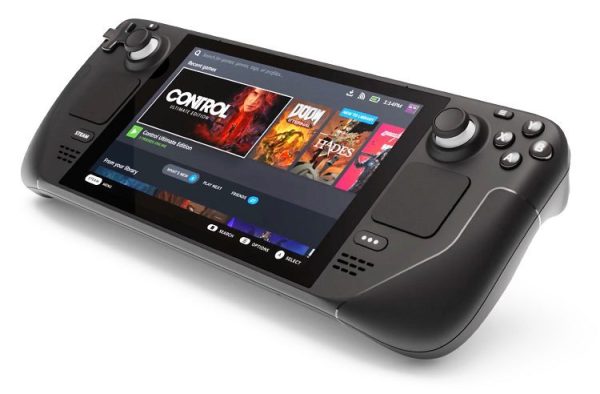 The last handheld console that did well was the Nintendo Switch – despite a lot of criticism before its launch, the device ended up blowing sales goals out of the water and quickly became an absolute smash hit. This was after handheld console gaming was considered all but dead and proved there was very much still a market for high-quality handheld gaming devices.

Late in July 2021, the company behind Steam, Valve, announced their own competing console – the handheld Steam Deck. Naturally, interest was immediate, and pre-orders opened not too long after. Steam charges a refundable reservation fee to reserve a spot in the queue – and then when the device becomes available, users can choose to complete the pre-order or not – in case they don’t, they can refund the $5 reservation fee.

The first devices shipped out on February 25th this year. Still, more interestingly, when the pre-orders opened, the queues were quite extreme. In as little as 8 minutes, people were already in queue spots, which meant they would receive their device in Q2 of 2022, or even later, as each region, it’s available in has its own queue.

What Do You Get?

Available in the US, Canada, the UK, and the EU at the moment, the Steam Deck is available in three different versions – a 64GB eMMC storage version, a 256GB NVMe SSD version, and a 512GB NVMe SSD version, each for a different price, of course. The cheapest model starts at $399, the medium one costs $529, while the most expensive one costs $649. With the two bigger options, there are also some additional extras – a faster drive and a Steam profile bonus for the middle one. While the largest one also gets improved anti-glare glass, a special carrying case, and a keyboard theme.

Currently, sales for the Steam Deck happen in reservations, so the sooner you reserve, the sooner you receive your device. Steam has no plans of changing that, meaning that if you want to reserve, you’re better off doing it sooner rather than later, so you get your device quickly.

What Can It Do?

The main selling point of the Steam Deck is that it makes your Steam library portable. You can install and play your games on a handheld console, meaning you can play your favorite games anywhere you want. As you might expect from a Valve console, the Steam Deck has a pretty impressive hardware line-up. It features a custom AMD CPU and an interesting feature for games that require aiming – the console’s gyro controls let you adjust where you look, not just with the joysticks or trackpads but also just by tilting and moving the device itself.

Whether that will take your aim to the next level is another question. Still, it certainly makes for an interesting experience in-game and makes the handheld experience feel a little more realistic. You can expect some 7-8 hours of playtime maximum; however, the actual performance will depend on the type of game you play. For example, Apex Legends requires far more than Game Dev Tycoon.

A particularly cool feature is its compatibility with peripherals. All USB-C ports are I/O, meaning they can be used to charge or connect to other devices, such as keyboards, mice, or even remote displays and TVs.

The similarities between the two devices are fairly obvious – both have a similar shape and device design with a touch screen, dual analog controllers, and so on. The Steam Deck does offer a more varied control scheme with more buttons and two trackpads to simulate mouse movement. The Steam Deck will expand storage via a MicroSD card, just like the switch. Unlike the Switch, it offers Bluetooth connectivity as well.

Future plans for the Steam Deck include a port to connect to TVs just like the Switch. This port does not ship with the device, however. It isn’t available yet – so that functionality isn’t available at the moment. It is possible to remotely connect to monitors via cable already. We know that it will offer stronger performance than the Switch, falling somewhere between the Xbox Series S and the Switch.

Unlike the Switch, the Steam Deck won’t make you rebuy games when you already have them. One of the more annoying things about the Switch was the necessity of buying games like Overwatch, etc., again, even though you may already own them on multiple platforms. The Steam Deck uses your normal Steam library, so there is no need to buy anything else a second time. Most games that work on Windows 10 will run on the device’s SteamOS, though there are still some compatibility issues with certain games. More and more titles on the platform are verifying themselves as ‘Steam Deck compatible,’ making it easier to tell what will work without issues.

Is It Worth Pre-Ordering?

Generally speaking, the gaming industry has taught us to be careful with pre-ordering things. Several projects have disappeared or fallen extremely short of expectations. That said, this is an extremely low-risk pre-order. You can refund your $5 reservation fee at any time. If you don’t complete the purchase when your device becomes available, you also receive a refund.
Between that and the high-spec, our recommendation is that if you are interested in owning a Steam Deck, you should absolutely pre-order it when you get the chance. When writing this, the wait time was more than 6 months already and isn’t likely to decrease.

There is no benefit to waiting for the regular release after the pre-order period ends unless you want to see more reviews first. Even then, having to wait for many months means you can see lots of feedback before it’s time to get your device anyway! Share your thoughts in the comments below.