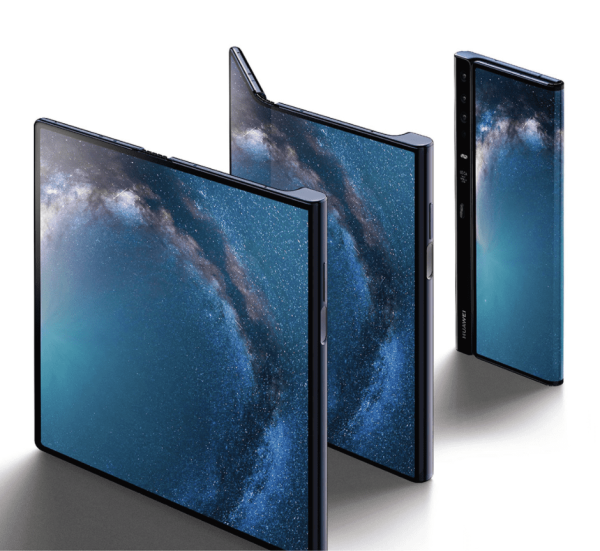 The Huawei Mate X certainly came with its share of hype but now is the time to pass judgment and to say whether it can deliver on its promises. Setting aside all the political issues involved with Huawei it is interesting to note that the chief feature is the folding screen. As to the utility of such a feature is up to you to decide but it does represent something new and interesting in the market.

An 8 inch (20 cm) OLED screen is displayed once it is opened up, but of course it can be folded in half which is a key feature. On the other side there is a 6.6. inch (16 cm) display complemented by a 6.3 inch (15 cm) display on the side where the cameras are. So obviously, the user is spoiled for choice and it doesn’t really matter which way you tilt it. It does feel very futuristic and forward thinking when in the hand but how does it put up with daily usage. Performance reviews tend to concentrate on functionality and specifications but the true test is whether it can last the distance which it is expected to.

Problems With the Mate X

The problem with having a screen that can fold back in on itself is that it is permanently  exposed to the rest of the world all the time. It might be a good idea to keep it in a protective sleeve when it is not in use. Because the display itself is bright and very sharp it might be a wise idea to take good care of it at all times especially as it is one of the early market leaders in its field. Because it is covered in plastic and not glass there are some ripples that can be noticed when it is flattened out. Maybe glass and plastic manufactures can one day produce a product that can eliminate this ripple effect? Perhaps the best advice is to just get over it as it’s not really a distraction when it is being used.

Considering the disastrous release and scathing reviews of the main rival the Samsung Galaxy Fold received last year it is a relatively easy job to come up with a superior performance. And this it has done with style and ease of use. Now you can carry around your tablet in your pocket but at a cost. Being one of the first of its type there will be considerable performance improvements in the years to come and at a much lower cost as well.

The 2 main problems are that the mid-crease fold reflects light which makes it difficult to see when outdoors. This is a difficult problem to solve so look for relatively low light conditions when using it. The other problem is the price which is around $2,400 USD. This is asking a lot even for a high end product that is innovative without being truly revolutionary. People are used to paying a lot less so I can’t see the Huawei Mate X dominating the market.

One of the learning curves inherent is that the folding mechanism feels a bit stiff and that it feels like you’re forcing the product open or closed with too much force which can be a bit disconcerting at first. However with 8GB RAM, 512GB storage, a 4500 mAh battery and a Huawei 980 Kirin processor there is a compelling argument to enjoy what you have because there certainly is a lot of positives to this intriguing package.

All this however might be null and void due to it being a Huawei, which makes it a risky proposition to purchase for those living in western nations. And that’s a real shame because the Huawei  Mate X might be a real preview of what is to come in the coming decade. It certainly passes the wear and tear test with more than a passing grade.