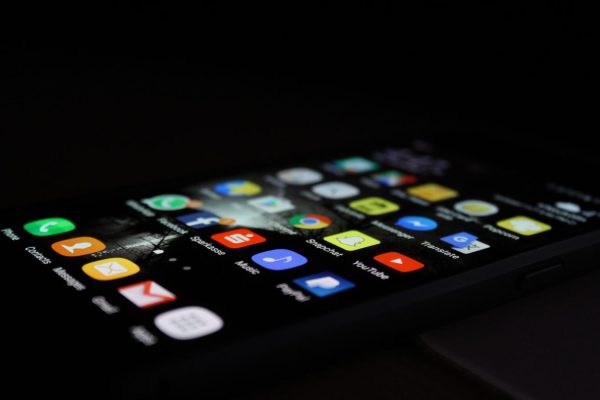 How nice is it to migrate from one device to another while keeping all your apps and settings? This is the one field where Android OS has been lagging behind its iOS competitor. But this is set to improve using Google’s Block Store Library.

Signing into apps on your new Android smartphone is about to get more comfortable and faster. Google’s Block Store will make restoring your app logins as easy as performing a back-up restore during the initial set-up process.

This new application library or API was announced by Google’s Android developer team via a new video. The video was part of Google’s Android 11 Beta Release Festival that’s currently ongoing.

Supported by a new login system called One Tap, Google’s Block Store Library will help you if you’re unsure of your account details. They hope the Block Store will fix the frustrating issues that come with setting up a new smartphone.

Augmenting Applications and Data Porting When Migrating to New Platforms

When you migrate to a new Android phone with an updated or new OEM, it can be tough to get back to your preferred state of applications. Since restoring solutions and specific back-ups are tailored to each particular ecosystem, such issues are bound to affect the new Android 11 platform users.

Previously, Google leveraged its play services framework for a built-in back-up manager for its Android Google drive application. The operating system tried to crack these challenges by backing up your call history, contacts, specified application data, and text messages.

However, since Google drive auto back up settings and data, it’ll log out of all accounts in during migration. This opt-out scenario creates headaches for many who can’t recall specific password details.

This device migration situation is on the verge of improving. All thanks to Google’s new Block Store Library.

Let’s say you’ve purchased a new smartphone, tablet, or Android TV. Logging into the accounts that provide application services can get frustrating. Third-party password manager apps can help to a certain degree. But that also means your confidentiality level is compromised.

For instance, a new phone may take a while to set-up. Seeing as you had the previous model for nearly a year. You may have registered into apps using different credentials for services and apps. Google’s restore and the back-up app don’t accommodate login details.

The only Android compatible app that supports account-wide login with the Smart Lock feature is Netflix.

While still in beta or release mode, Android’s Block Store Library by Google will take the frustration of moving your preferences to a new device or platform. A token style system for the API (Application Programming Interface) will require developer input to fix user migration issues.

As part of your Google account, you can back up account credentials for simultaneous app logins. Tokens will store your information for apps that support the Block Store Library API, using end-to-end encryption.

This means that when your application supports the new library, you’ll be able to instantly log into your services and apps. While restoring your previous Google account’s back-ups, these apps will pull stored credentials from a secure back-up.

The process is so automated that you won’t even have to tap ‘Allow’ or ‘yes’ to any login prompts. Beta testing developers will add relevant parameters to make tokens work with any app or service.

Using One Tap as an Overlay for the Block Store Library

For some time now, Google has been revealing some of the details surrounding its changes on the upcoming Android 11 OEM. These snippets have been appearing on the official YouTube channel for Android developers.

A couple of months ago, a library that focuses on easier sign-up or sign-in into services using your Google account was announced.  This library, called One Tap, is anticipated to enable auto sign-ins into all supported applications with one tap.

Currently, they’ve been letting developers select which private files can be backed up to your account on Google drive. With its token-based system, Block Store is built on the restore and back-up infrastructure from Google for its Android OS.

An app-specific and user-authenticated token will be encrypted by Block Store instead of saving the password and username. The idea is to restore credentials for app login during the data restoration process for new Android devices.

With One Tap, as part of the Block Store Library, you’ll be able to user-authenticate seamlessly, creating sign-in UIs in the process. If you use this overlay, you won’t be replacing their current sign-up flows but optimizing their authentication experience.

Google’s Block Store Library is similar to Apple iOS’s Keychain Services. As part of the new Android platform release, this system is one change that’s expected to have a significant impact.

Switching between devices is on the road to becoming seamless. Still, it’s up to the global community of contributing Android developers.  Once the library is adopted, Google’s Android will have a restore and back-up system that rivals Apple.