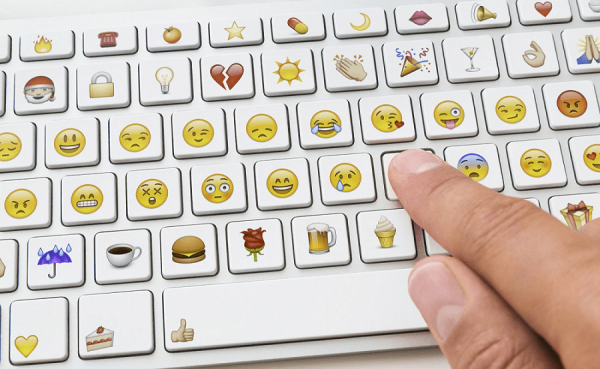 Windows 10 has a built-in hidden emoji picker that works in any app. For example, you can use the emoji picker to type emoji in Microsoft Word. The emoji picker was first added to Windows 10 in the 2017 Fall Creators Update, and then updated in the April 2018 Update.

How to open the Emoji picker

Ideally, you should also have your cursor in exactly the position you want to enter the emoji before you open the emoji picker. This is because you can’t move the cursor at all while the emoji picker is open. This is not as important as being in the right window, however, as you can still cut as paste the emoji to the right location after you’ve inserted the ones you want to use. If you’re in the wrong window, your emoji may not have anywhere to display and so may just be lost.

How to use the emoji picker

There are a couple of ways to select emoji from the emoji picker. The first is to simply scroll through the list and click on the emoji you want to insert. Alternatively, you can start typing and narrow down the list of emoji that match what you type.

There are six tabs of standard emoji as well as a “recently used” tab and the search function, which is switched to automatically if you start typing. At the top, you can also choose to switch to Kaomoji, which are the classic Japanese emoticons, and the standard Windows symbols, both of which contain multiple tabs of entries too. In each tab, you can scroll down to see more entries.

While most apps support the use of Emoji, they may not appear the same everywhere. For example, in Word, emoji will use the default Windows appearance. In Notepad, however, emoji will only use a black and white wireframe appearance. Websites such as Facebook and WhatsApp can also configure how emoji appear on their platforms. Not all apps accept emoji though, for example, emoji don’t work in Command Prompt.

Tip: Even though they may not look the same across apps, any emoji that print in any format, can be copied and pasted between apps. The exception is apps that don’t support emoji, such as Command Prompt. 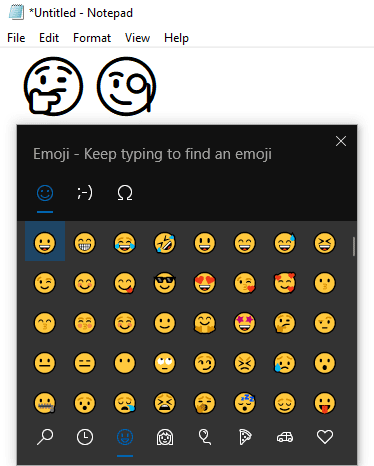