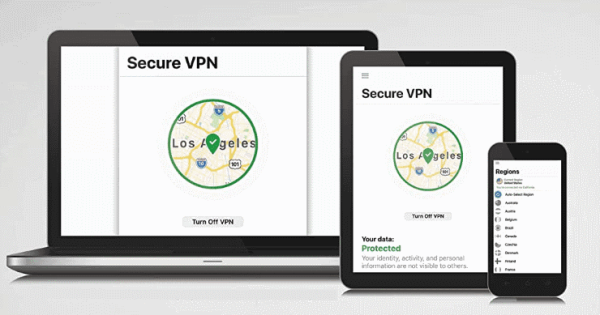 There are many VPN features that can be used to measure how good it is. In fact, almost every feature makes a VPN better. Which features are most important to you personally though can vary from person to person, depending on your preferences and situation.

VPNs are supposed to keep your browsing activity private and secure from your ISP or while using unsecured public Wi-Fi hotspots. Unfortunately, Norton Secure VPN leaks both IPv6 and DNS traffic.

Norton doesn’t support IPv6 network traffic at all, but instead of blocking it, like most VPN providers that don’t support IPv6, they just ignore it. This means that any IPv6 traffic completely and silently bypasses your VPN. By not supporting or at least blocking IPv6 traffic over its VPN, Norton allows your IPv6 traffic to be monitored by your ISP – you may not want that.

Tip: IPv6 is a new address scheme use to communicate over the internet. The old IPv4 scheme has essentially run out of new addresses that can be assigned to people. Not every ISP or website support IPv6 yet, but the addresses are in use worldwide.

DNS, or Domain Name System is a protocol used to translate URLs into IP addresses. By not tunnelling your DNS requests over the VPN, the requests are leaked to your ISP. Your DNS requests can disclose what websites you’re accessing to your ISP, although it won’t be able to determine the specific page you request.

Having a good range of servers across the globe provides users with plenty of choices as to where they want their web traffic to appear to come from. Norton offers over 1500 VPN servers in 29 countries. This is a perfectly reasonable range, although it doesn’t match the choice of some of the more popular VPN services.

A VPN kill switch is a tool used to block all network communications from your device if it is not connected to your VPN. It can protect you in the scenario of your VPN not automatically starting after a reboot or software update, or from your VPN connection dropping out when in use. Many kill switches can be configured to apply to the whole system or just to certain apps. Norton doesn’t offer a kill switch at all with its VPN service, which could increase the chance of your browsing activity being leaked and visible to your ISP.

One popular reason to use a VPN is to spoof your device’s location so you can access location-restricted content on services such as Netflix. Netflix and other sites, however, implement VPN blacklists to try to prevent this practice by blocking access from known VPN servers. You may get lucky with some VPN servers having access, but in general, Netflix servers have been blocked. As Netflix supports IPv6, you may end up being able to access Netflix but only being able to access content from your region, as your connection is bypassing the VPN.

Torrenting, a type of P2P or Peer-to-Peer filesharing is not supported on any of Norton’s VPN servers. If torrenting is an important feature for you, you should use a VPN that actively supports this option.