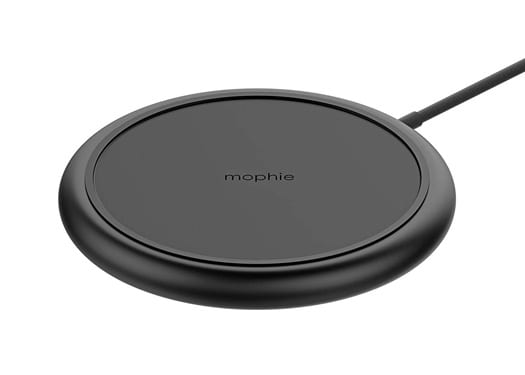 Wireless charging is a feature that lets you place your phone down on a charger pad and have it charge without you needing to plug a cable into your phone. It works through a physics phenomenon known as electromagnetic induction.

Tip: There are two forms of electric current AC and DC. DC, or Direct Current, is a flow of electrons in a single direction along a circuit, batteries store and emit DC power. The main downside of DC power is that it can’t be efficiently transmitted over long distances. AC, or Alternating Current, is a continuous wave of electrons moving back and forth, the electricity you get from wall sockets is AC. AC power can be efficiently transmitted over long distances but needs to be “rectified” into DC power in order to be stored in a battery.

The transmission of wireless power isn’t particularly efficient over distance because the magnetic field travels in all directions, which means its strength decreases exponentially as the distance increases.

Standards and the Future

The international standard for wireless charging is “Qi”, a Chinese word pronounced “chee”, which standardises inductive charging over distances of up to four centimetres.

Tuning the two coils of wire to the exact same frequency can noticeably increase the efficiency of wireless power transmission through a process called resonance. The effect is similar to how a tuning fork can cause another tuning fork of the same pitch to ring or resonate at a distance. One potential application of this and the increased range it can provide is the replacement of disposable batteries in many home devices.

Tip: Wireless chargers are safe to use. Magnetic fields, including the ones that wireless chargers generate, can’t cause any illnesses such as cancer or negatively affect your health in any way.