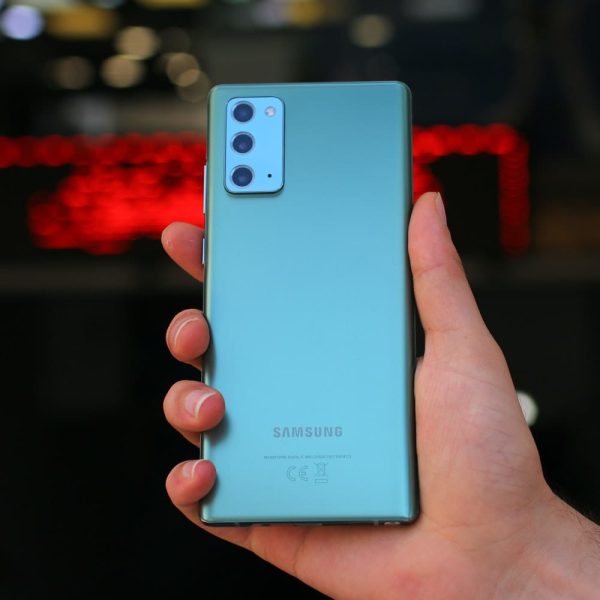 Samsung unleashed its new top-notch flagship phone from the Galaxy Note series. This high-end smartphone is called Note 20 “Ultra” for a reason. Samsung decided to refine the phone and make everything big, from the camera to the screen size. Even the pricing, to say the least, is pretty expensive for this ultra-wonder phone from Samsung.

When it comes to size, the Samsung Note 20 Ultra can be best described as gigantic. You could even call it a ‘phablet’ if you want. It has a 6.9-inch super AMOLED display screen that may prove challenging to use on one hand because it’s also fairly heavy compared to the mid-range smartphones that we’re used to. However, it’s great for gamers and big screen lovers.

The Note 20 ultra has a gigantic camera bump at the back that houses three cameras, a focus sensor, and a flash. Its primary camera has 108 megapixels with a 79-degree field of view, f/1.8 aperture, 1.33 sensor size, and laser autofocus. Even though you’ll never get to utilize all those megapixels, the quality of images is great. In terms of detail, the Note 20 Ultra can compete well with the iPhone 11 Pro, but it falls behind on color and clarity.

The rear telephoto camera has 12 megapixels, f/3.0 aperture, a 20-degree field of view, an incredible 5X optical zoom, and 50X digital zoom. Though it isn’t that useful, when you combine its optical and digital zoom, this camera beats its competitors, including the iPhone 11 pro. I’ve heard people referring to the Note 20 Ultra camera as a ‘telescope,’ which is because of the powerful rear telephoto camera.

The last camera at the back is the ultrawide camera, which has 12 megapixels, f/2.2, and a 120-degree field of view. It comes in handy when taking landscape photos though it’s the weakest camera of the three.

The front camera is 10 megapixels with an aperture of f/2.2. I wouldn’t say I like the selfie digital camera that much because it oversharpens images even if you turn the feature off. 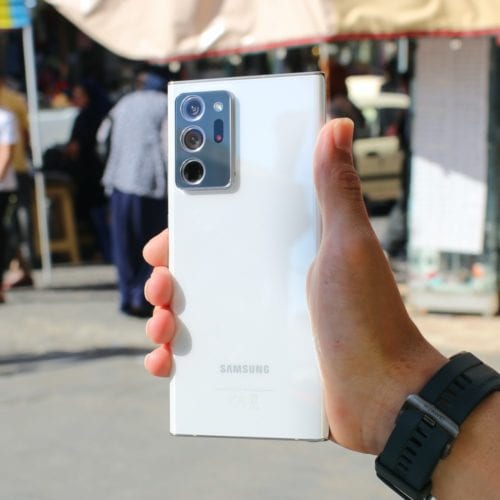 The Note 20 Ultra doesn’t disappoint when it comes to video recording either; the phone can shoot up to 8K. Video shooting has been made easier by the additional microphones on the phone. You can choose to use the front, rear, or the Omni microphone. Shooting in 4K is what I recommend if you want videos with good clarity.

The Note 20 Ultra is powered by a 4500-mAh battery that can last you the entire day on average use.

The Note 20 Ultra runs on Qualcomm Snapdragon 865+, which is extremely fast and efficient. Moreover, it is the best Android processor when you consider Benchmark scores.

There are different variants of the Galaxy Note 20 Ultra. The internal storage varies, there’s 128GB, 256GB, and 512GB phones, but they’re all coupled with 12GB of RAM and an expandable microSD card slot.

This phone’s S Pen stands out as having the lowest latency overall. It has new features such as handwriting auto-straighten and can write noticeably faster with minimal errors. Whether you’re taking notes or drawing, writing on an S Pen feels so natural. There are a few addictive S Pen tricks, such as taking a selfie by pressing the S Pen that would make you love the Note 20 Ultra.

The phone has a large 6.9-inch Quad-HD OLED display with a refresh rate of 120Hz. It has a smart display feature that will adjust the hertz from 120Hz to 60Hz based on the content displayed on the screen. This helps to make the phone more efficient and also saves battery.

But, I’m not a fan of curve displays because they are prone to accidental taps when you’re holding the phone, which is quite annoying.

Undoubtedly, it’s the best flagship Android phone currently with high-end features. It seems like Samsung didn’t consider the deep global recession due to the Coronavirus pandemic when they set the price. However, maybe the target market can afford it, that’s a fact we can’t dispute.

Other impressive features of the Note 20 Ultra

To prevent the phone from fall damage, Samsung decided to use the new Gorilla Glass Victus for the phone’s front and back. I still can’t comprehend why they decided to use Gorilla Glass 6 on the protruding camera module even though it’s the most vulnerable part if you drop your phone. Just like the Note 10 Plus, the Note 20 Ultra has an in-screen fingerprint sensor. 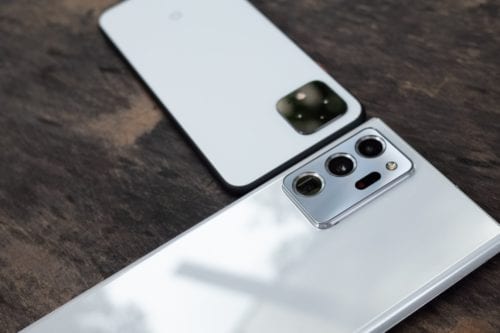 The phone has a large price tag attached to it, so many people want to know about the value for your money. It is honestly the best Android phone out there currently beating the likes of OnePlus and Huawei. The phone promises great performance, has an S Pen, and multi-day battery life. One thing I feel like Samsung went overboard with is the gigantic camera bump at the back.

Unless you use a phone cover, the phone won’t be balanced when you place it on a flat surface, and this could cause problems when using the S pen. But overall, it’s a great device with the best refresh rate that I’ve ever seen on a smartphone.