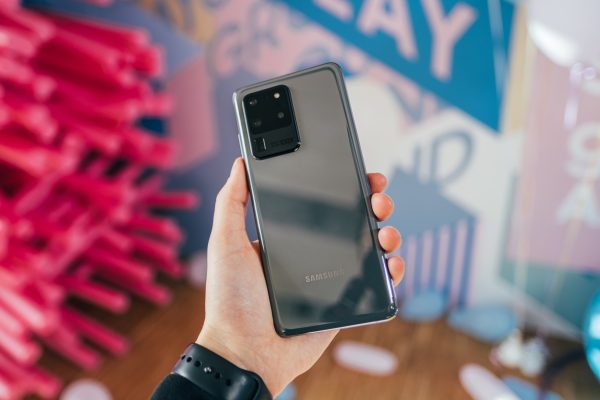 Fasten your seatbelt ladies and gentleman, the Samsung Galaxy S20 phone series will launch in early March this year. This time, there are three models of S series to choose from at release: S20, S20+, and S20 Ultra. At a glance, all models look pretty similar, although there is some apparent outward distinctive appearance, especially the size.

The trio almost has the same look. They all supplied with a minimum amount of bezel and also hole-punch selfie cameras. However, we can immediately see that each model has notably different size from another.

Core performance for all S20 phones will be practically the same. Depending on the region you’ll buy your phone, you’ll get either Qualcomm Snapdragon 865—for US region—or Samsung Exynos 990 as the chipset, with its own appropriate CPU and GPU.

The only differentiating factors between the three are the RAM and storage. The S20 and S20+ RAM are available in 8GB or 12 GB variants, while the S20 Ultra’s can go up to 16GB. With that said, performance difference won’t be noticeable as 8GB of RAM for smartphones is already more than enough for today’s standard. For storage, Galaxy S20 will pack 128GB of internal memory, while S20+ and S20 Ultra are available in 128GB or 512GB.

All S20 phones are 5G ready. Nonetheless, you can also go with the cheaper 4G-only models for the Galaxy S20 and S20+ variants (Exynos 990 only). All Galaxy S20 Ultra variants, however, will come in 5G.

For several years, Samsung always tries to impress consumers with their phone cameras.

In this case, the S20 and S20+ have nearly identical camera setup, with a tiny difference. Both phones will carry a 12-megapixel wide-angle camera, 12-megapixel ultra-wide-angle camera, and a 64-megapixel telephoto camera. The Galaxy S20+ is equipped with a Time-of-Flight (ToF) sensor to improve portrait mode, a feature absent for the S20. However, this sensor may present an insignificant difference for everyday use—as it is the case with other smartphones’ ToF cameras so far. In addition, both phones have up to 30x Super-Resolution Zoom.

The Galaxy S20 Ultra, on the other hand, is on another level compared to the other two. It has 108 a megapixel wide-angle camera, a 12-megapixel ultra-wide-angle camera, and also a 48-megapixel telephoto camera. The most notable feature of the Ultra’s camera is that it has up to 100x Super-Resolution Zoom. It should be proven useful to capture faraway objects in more detail than ever. Samsung really goes all out with the camera in this one.

The front cameras also do not disappoint. The S20 and S20+ feature 10-megapixel front-facing camera, while the S20 ultra has 40 megapixels.

Notice that the larger the phone is, the bigger the battery capacity will be. This serves as an offset for how the larger display is draining more power. Despite that, we can expect that the more expensive S20 models will last longer in use compared to the cheaper ones, as less than an inch difference should prove negligible.

The Samsung Galaxy S20 phones’ MSRP range from $999.99 to $1599.99 depending on the variant. You can pre-order the S20 phones—including the option to trade-in your old Samsung phone for a cheaper price—by visiting the official website.