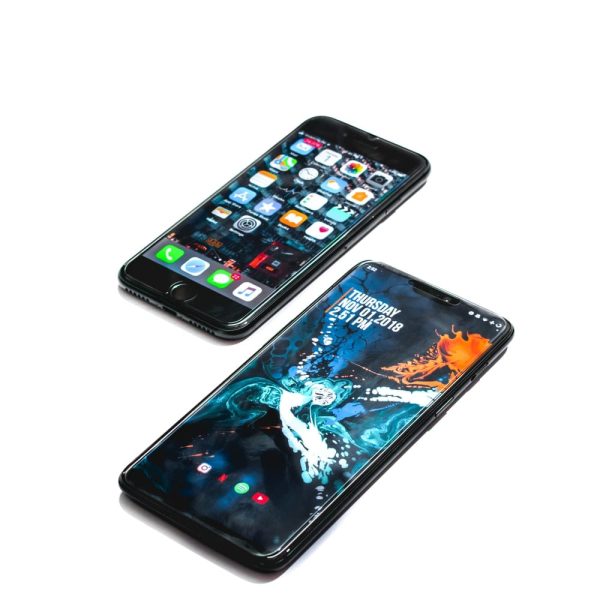 Android is a mobile OS designed for smartphone devices, television, and wearables. As open-source software, virtually anyone can modify Android to their heart’s content without fear of breaking copyrights (to some degree). That’s why you see various company-owned themes such as Xiaomi’s MIUI, Huawei’s EMUI, and OnePlus’ OxygenOS.

According to statistics, Android has 74.14% market share, making Android the most popular mobile OS in the world. That’s because phone manufacturers can fit Android to any of their mobile device line up. As a result, phone manufacturers are spoiling the customers because of the massive amount of variety of Android devices.

However, the appeal of the iPhone is in its style. The iPhone possesses a specific characteristic that makes them feel special. Sleek and slim body, simple and intuitive UI, and a decently powerful camera. However, because iPhone and iOS are copyrighted for Apple only, it means the customer has to pay the price for the exclusivity. That is why iPhones are so expensive.

But you must be able to get the best of both worlds, and you can! It’s because Android OS is so customizable that this can be done. Using the Mi Control Center for Android devices, you can customize your Android OS’s UI to look like the sleek and beautiful iOS UI that makes the iPhone so appealing.

The Xiaomi smartphone is known to support the Mi Control Center very well. It is also a great budget alternative to more expensive phone models. Most $200-$300 Xiaomi devices have the same, or even more powerful specifications than $800-$1,000 iPhones. So, for this article, let’s use Xiaomi as an example. Xiaomi uses MIUI as its default OS but can run Android as well.

How to Customize Mi Control Center

If you swipe down from the upper right side, you activate the control center. The control center contains important function toggles like mobile data, Wi-Fi, night light, vibrate mode, etc.

The border between each side can be adjusted as well as be inverted.

When asked about various permission prompts, enable all.

The other options are mostly a matter of preference. It will slightly veer from the iOS theme but still be close enough. You won’t be able to recreate the iOS look fully. Mi Control Center doesn’t have a vertical screen brightness, and volume slider like iOS does.

Once a tile is activated, iOS’s icon will turn red (from white), so you can differentiate between active and inactive. Sadly, the Mi Control Center only supports changing color on the tile (not the icon). I prefer light blue since it’s less intrusive than red.

In iOS, there are several Apple applications like AppleTV, AppleMusic, and Airdrop. These Apple apps don’t exist in Android. The toggles above only list functions provided by the Mi Control Center and your other Android Apps.

After you’ve completed all the steps, it’s time to look at the final product. Pretty close, right?

Downloading Mi Control Center lets you have the best of both worlds on your Xiaomi — or other Android phones — smartphone device. The app recreates the feel of the iOS control center and notification center almost perfectly.