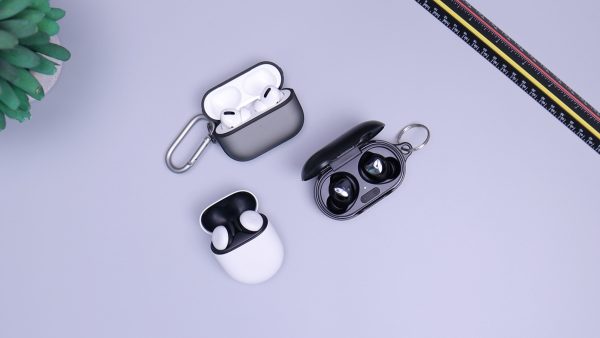 Apple, one of the largest phone and electronic device companies. has avid followers for its products – like the iPhone – all over the world. With such a vast market using the company’s products, Apple goes to long lengths to ensure that their customers receive high-end, and most of all, usable and practical gear that will help make their lives easier.

This led to the invention of the AirPods, making it possible for people to listen to their music wherever without worrying about tangling the wires of their earphones.

Having Trouble Connecting Different Sets of AirPods to Your iPhone? Here’s How to Do It

By updating its operating software to iOS 13, Apple has made a significant number of improvements to their gadgets, making them more convenient to use. Introducing a better typing experience, coming up with a better user interface, and improving the screenshots function are some of these changes.

However, one of the most significant enhancements that this update came with was the option to connect two different sets of AirPods at a time to one iPhone or iPad. This will allow you to listen to audio from one phone or pad on both sets of AirPods, making it easier for you to share music and watch movies with your friends and family.

According to the company, some older models will not be able to access this feature.  Here are some of the gadgets that are compatible with this option:

Connecting Two AirPods to One iPhone

Like all other features in Apple devices, it’s effortless and hassle-free to set up with a connection. If your own AirPods are disconnected from your iPhone, make the pairing using the standard connection method.

With the case open, bring the second set of AirPods close to your iPad or iPhone. Your device will show a prompt mentioning that a set of earpieces different from yours are visible, asking if you would like to connect them to your iPhone too. Tap on Connect.

After the pairing is complete, the second set of AirPods will have connected to your phone, and you’ll be able to play audio to both pairs. Your phone will also show what the battery levels are for both sets. Click on Done to close the prompt.

Playing Music through Both Sets of AirPods

Since the connection has already been made, all you need to do now is start playing your music. By opening your phone’s Control Center menu, you’ll be able to activate the second earpiece set in order for audio to play through them as well. After opening Control Center, click on the Now Playing option and then tap the AirPlay icon.

This will open up the Headphones section on your screen, where both sets of your AirPods will be listed. The different AirPod sets will each have a checkmark box next to them. Yours will be checked off. Do the same for the new set that you’re connecting to your phone to activate them.

Your iPhone will then begin playing audio through both sets. You can now listen to the same music or watch movies and series together.

Apple outdid itself by coming up with these handy earpieces that have revolutionized how many people all over the world now listen to music, play video games, or even watch movies. AirPods are incredibly functional and responsive, making it possible for people to listen to music in bed and in other places where the wired earphones wouldn’t come in handy.

While using your AirPods, they come on as soon as you take them out of their case and are ready. They will automatically start playing the audio on your device as soon as you place them in your ear. If you take one out of your ear, the music will pause automatically, or stop altogether if you remove them both. The playback will continue if you put them back in your ears within 15 seconds.

Remember to keep your AirPods in their charging case whenever you are not using them. This will make it easier for you to avoid losing or misplacing them. Putting them in your pocket or bag without using the case can also cause damage to your AirPods.