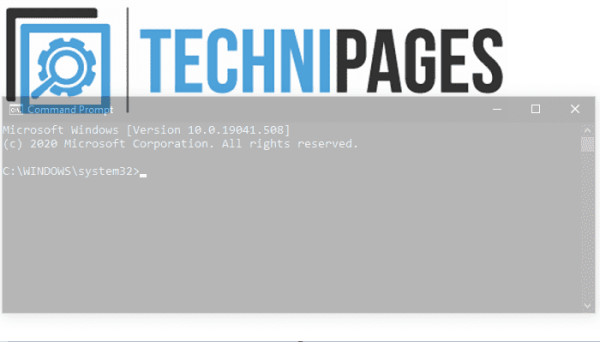 In these cases, you could carefully position windows around your monitor, however, Command Prompt offers another option that could allow you to make more efficient use of your screen space. You can actually configure a transparency setting for Command Prompt. This means you can place Command Prompt over the top of other windows and be able to use both windows at the same time.

While many users may not like using the transparency setting, having it available as an alternative option can only be a good thing. Some users may feel that it makes it too difficult to read either the transparent Command Prompt window or the other window underneath. Other users may find the flexibility to be a nice extra option.

To be able to configure Command Prompt’s options, you first need to open it. To do this, press the Windows key, type “cmd” or “Command Prompt”, then hit enter.

Once in Command Prompt’s settings, switch to the “Colours” tab. To configure the transparency of Command Prompt, adjust the slider in the “Opacity” section at the bottom of the page. The available values are 30%-100%, this prevents you from being able to turn down the opacity so much as to make the app unusable and the change difficult to reverse.

The opacity of the Command Prompt window changes in-real time as you adjust the opacity slider, so you can easily see the effects of your change. Once, you’re happy with the setting, click “OK” to apply it.