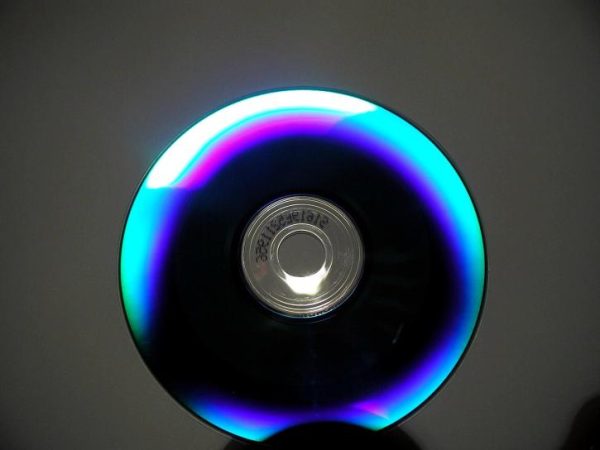 Blu-ray is the modern form of optical media that is used for movies. It advertises support from higher resolutions, and other extra features such as HDR support over DVD. But the actual differences between the DVD and Blu-ray formats are often less well explained and understood.

How does optical media work?

All-optical media disks have data encoded on them in a series of pits, which can be both short and long. These pits are then read by a focused laser beam, as they pass under the reader while the disk spins. The pits are not encoded on the surface of the disk, instead, one or more layers inside the disk can have data written to them.

The amount of data that can be stored on the disk is directly related to how close the pits can be placed next to each other. The proximity of the pits on a disk isn’t necessarily limited by how close together it is possible to make them, instead it is primarily due to the size of the laser spot on the disk. With larger wave-length lasers the spot is wider. This change in spot width is due to diffraction differences between the different wavelengths and the lens. The effect is caused by the same effect as a prism splitting white light into different colors.

The traditional DVD format uses a red laser with a wavelength of 650 nm. This wavelength of light means that the size of the laser spot at the data track is 1100 nm. Each ring of data is 740 nm apart, which allowing for the width of the pits, grants a 30 nm clearance for the laser before the next or previous track would interfere.

Tip: One nanometre (nm) is one-billionth of a metre.

DVDs came in both single- and dual-layer formats, with capacities of 4.7 GB and 8.5 GB respectively. The increase in capacity between the single and dual-layer versions is not a straight doubling because the point of the laser is less defined on the second layer due to it having to travel through the first layer which further refracts the light. This effect necessitates the data tracks being separated by a slightly larger distance on the second layer of a dual-layer disk thus decreasing the data density.

DVDs also came in double-sided versions with both single- and dual-layer versions offering 9.4 GB and 17.08 GB respectively. Double-sided DVDs, however, needed to be flipped to access the second side and never found much commercial success.

Blu-ray doesn’t technically use a blue laser; the 405 nm wavelength of light is actually violet. The laser spot size at the focus point on the data track is 480 nm. Each ring of data is 320 nm apart, which grants a 15 nm clearance between the laser spot and interference from another track.

The derivative BDXL format uses four layers for total capacities of 100 GB and 128 GB for triple and quad-layer disks respectively. The BDXL standard was typically meant for archival storage and is entirely incompatible with Blu-ray readers.

The Blu-ray 3D standard was relatively short-lived, as the popularity of 3D content and access to the required hardware was not high enough for commercial viability. It used triple-layer disks which traditional 2D Blu-ray players originally couldn’t read at all. In a later standard update, the two views were encoded separately so a 2D player could play a 2D version of a 3D movie.

Tip: Progressive scanning displays each row of pixels in a frame, in order on the screen. Interlacing is a technique designed to increase the apparent frame-rate by making two passes to display a single frame. In the first pass, all odd-numbered rows of pixels are drawn; in the second pass, all even rows of pixels are drawn. This convention of two passes means that interlaced video formats actually have half the frame-rate advertised.