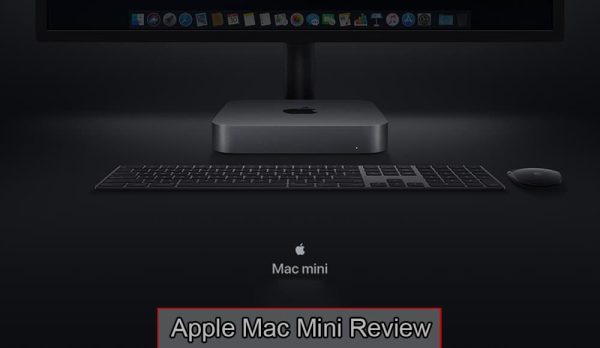 One of the top gadget producing companies, Apple, definitely have not forgotten about its Mac Mini and this long-anticipated release is solid proof. Without a doubt, the tiniest Mac has always been loved and adored by most Apple customers, but it’s been over four years since a new one was rolled out. The Apple Mac Mini has seen the small form mac refreshed for the new age.

Apple claims that the latest version of the Mac Mini is about five times faster than the previous version; definitely, worth the time we waited for it. The increase in performance is largely due to the ramping up of the specs, like the addition of a hexa-core Intel coffee lake desktop processor and also giving it about 64GB of RAM. With all these specs, it shouldn’t be a surprise that the Mac Mini is hailed as a media creation machine. It is also claimed to be about 30 times faster than the previous version at HEVC encoding. When it comes to connectivity, it also excels, having four Thunderbolt 3 ports at the back.

Let’s take a look at the Apple Mac Mini and see if it was worth the wait and also if it would be the perfect pick for you.

If you are considering any of the Apple products that are on the market today, it is important to consider the whole Apple ecosystem and the advantages and drawbacks that come with it. Even if you own a single product, you will be pressured to use Apple-exclusive features and services.

While for some this may be a dealbreaker, others will find it beneficial to have such a well-rounded system.

You can purchase the Apple Mac Mini off Amazon and experience all of the benefits that it brings.

If you are a fan of the firm, compact design that is common to the previous Mac Minis , you will be absolutely delighted to know that this version of the Mac mini keeps that same small and square-like metal design, although it is slightly heavier when compared to the last Mac Mini.

Keeping the same dimensions, the Mac Mini still manages to have very powerful hardware; more powerful than that of previous versions. This is due to the improved thermal architecture that comprises a relatively bigger fan, enlarged vents, and a revamped power supply.

There are few changes to the design of the Mac Mini, it comes in Space Grey which is the only color available this time around. It is also made of about 60% post-consumer place, largely used in the base, while the chassis is constructed from fully recycled aluminum.

Taking a look at the ports, the Mac Mini has four Thunderbolt 3 USB Type-C ports, 2 USB Type-A ports, HDMI 2.0 port, audio jack, and Gigabit Ethernet, coupled with a 10GB Ethernet option. While at the back corner, there’s the power button and a seldom included 3.5mm headphone jack. 3

If you want to connect more than one monitor you will need to opt for a Thunderbolt 3 monitor or make use of an adaptor due to the fact that it has only one HDMI port.

With Thunderbolt 3, you will have the freedom to run two 4k displays simultaneously and still have two ports left for either an external graphics card solution for something else. As is the custom, it doesn’t come with the keyboard and mouse; so add the price of these two accessories to the overall budget.

All the ports of the Mac Mini are positioned at the back so as to avoid wires getting entangled all over the place.

The latest Mac Mini comes with quad-core Intel 8th-generation processors, so there’s obviously going to be an increase in the computing power. The new Mac Mini is said to deliver up to five times the amount of performance than that of its predecessor.

It comes with an Intel Core i3-8100B processor, 128GB of SSD and up to 8GB of RAM. This has really eliminated lagging, you could be browsing with multiple tabs open while also listening to music at the same time without experiencing lag. To ensure that you have secure boot capability and also full disk encryption with the Mac Mini , Apple decided to add the T2 security chip that is common in its newer MacBooks. The T2 security chip also makes for video transcoding, up to 30 times faster at HEVC video encoding than the previous version.

File transfer speed of the Mac Mini is relatively faster than that of other mini PCs, clocking up to 2.5 Gbps transfer rate. The only area where we see the Mac mini disappoint is with the Intel UHD 630 integrated graphics. While the integrated graphics is a bit restricting, if you are looking for a hike in the performance on this part, you can plug in an external GPU.

The Mac Mini comes with Apple’s most recent operating system; MacOS version 10.14 Mojave. It has some new features added to it which comprises of a night mode; offering a darker color, a few improvements have been made to Finder, Gallery View, and also an automated desktop organization too known as Stacks. You will also get Siri, but with the absence of in-built microphones which are present in other Macs. The Mac mini comes with a 1-year warranty, including hardware repairs. You can opt to get AppleCare for an additional 3-year warranty, which grants you technical support and also repair service.

Many Apple customers have been anticipating the release of a new Mac Mini for years, and now that it has finally been released there has been a lot of excitement. The Mac Mini is a well-thought and designed update not just some quick and improvised update to keep the customers quiet.

The Mac Mini is a very astonishing machine that comes equipped with some spectacular modern features and specifications that makes it stand out as one of the best mini PCs to be released.

If you are looking for a mini Pc to perform your tasks smoothly and efficiently, then you can go for the Apple Mac Mini, although it can get a bit pricey.