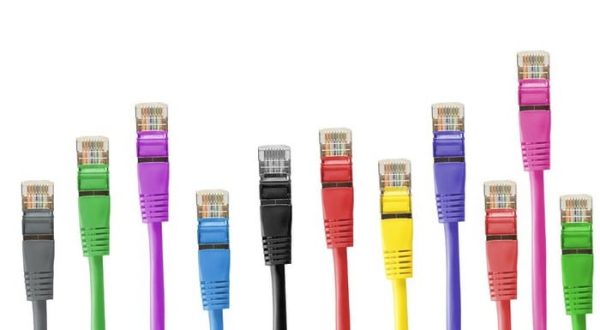 In computer networking, a core model to understand is the OSI model. The conceptual OSI or Open Sources Interconnection model describes a series of seven communication layers. Each layer has its functionality and features. The OSI model doesn’t proscribe any specific protocol. Instead, it defines a standard communication framework around which protocols can be designed.

The OSI model in the modern world is slightly inaccurate, with several standard protocols straddling two layers and some layers being combined or split further. Despite this, it remains a good starting place to understand networking concepts.

The lowest layer defined in the OSI model, layer 1, the physical layer, is quite different from the other layers. The physical layer is the fundamental communication platform. This means that it involves not only the encoding and decoding of signals but also the standardization of the actual transmission media and transmission methods.

What’s at the Core of the Physical Layer?

At the core of any physical layer, the standard needs to be a reliable transmission media. Depending on the standard, this could be an electrical or electromagnetic system. Theoretically, other communications media are possible, such as audio. The vast majority of systems use electrical or electromagnetic media, though. This is due to the transmission speed, range, and high signaling frequencies they offer.

As a case in point, a communication system could be designed to use humans waving flags to communicate. While this is feasible, the frequency with which flags can be moved or switched is slow, limiting bandwidth. Functionality is further limited by line of sight, restricting range, especially in non-open environments.

Once the actual communication media is decided, the complexities that need to be determined and the number of wires in the cable need to be standardized for wired connections. It’s also necessary to standardize how they’re arranged (I.e., twisted pairs, shielding, etc.). The physical connectors need to be designed, both the electrically female and male connectors. Standard voltage levels must be defined, as do the signaling methods, timings, and acceptable signal-to-noise ratios. Most of these affect the final bandwidth of the physical connection.

How Does the Physical Layer Interact with the Other Layers?

Once the actual communication media and system have been designed, it’s also necessary to create chips that can encode and decode the signals sent over the physical media. These chips are generally referred to as PHY chips. These chips are responsible for the signals processing and handing that data off to the level 2, Data Link layer, hardware for processing.

The Data Link layer and the Network layer above it are responsible for routing data around and between networks. The physical layer doesn’t need to be aware of that. It only needs to be able to reliably communicate from one point to the next, or even from one point to many points.

Depending on the use of wired or wireless mediums and if the connection is shared between multiple devices, it may be necessary to implement collision avoidance and collision detection systems to ensure reliable communications.

The physical layer is layer one in the OSI model. It covers the standards for actually transmitting data from one place to another. The OSI model only covers networking, but the concept of the physical layer is identical for internal communications within a computer, such as over a PCIe, USB, or SATA connection.

The physical layer doesn’t just cover hardware design but also the signaling and signal decoding methods to pass meaningful data to the rest of the computer. Ethernet and Wi-Fi are likely the most well-known physical layer standards, though far from the only ones. Don’t forget to share your thoughts in the comments below.