With the ever-increasing threats of exploiting users’ data, it has become a very crucial part to select safe encrypted messaging platforms to keep our data safe on the internet.

Let’s break down what the term ‘encrypted’ means.

As an example, the phrase How are you? (plain text) could be encrypted into something like ARhyy$%7 UUGCB*%FY II)(& )^VGG (encrypted text) using encryption techniques. The following is a list of the 6 safest encrypted messaging platforms that we can find on the internet right now. 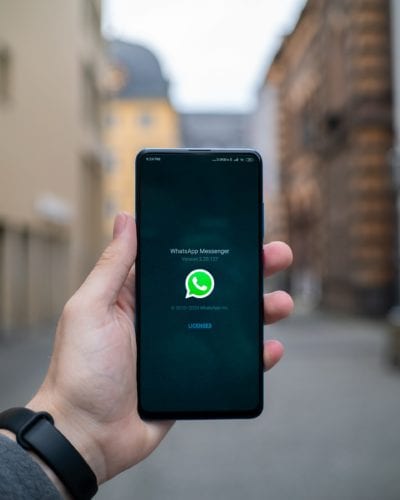 WhatsApp’s end-to-end encryption is available when you and the people you message use WhatsApp. Many messaging apps only encrypt messages between you and them, but WhatsApp’s end-to-end encryption ensures only you and the person you’re communicating with can read what is sent, and nobody in between, not even WhatsApp. This is because your messages are secured with a lock, and only the recipient and you have the special key needed to unlock and read them.

For added protection, every message you send has its own unique lock and key. All of this happens automatically: no need to turn on settings or set up special secret chats to secure your messages. 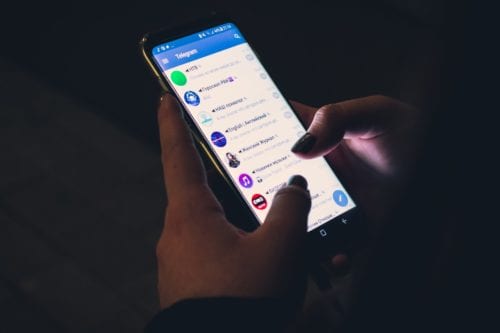 Telegram is more secure than most mass-market messengers on the internet. Telegram is based on the MTProto protocol, built upon time-tested algorithms to make security compatible with high-speed delivery and reliability on weak connections.

Technically speaking, Telegram supports two layers of secure encryption. Server-client encryption is used in Cloud Chats (private and group chats), Secret Chats use an additional layer of client-client encryption. All data, regardless of type, is encrypted in the same way — be it text, media, or files. Here are some additional cool security features available on Telegram:

Signal uses Curve25519, AES-256, and HMAC-SHA256. The security of these algorithms has been tested over many years of use in hundreds of different applications. Signal messages and calls are end-to-end encrypted, which means that they can only be read or heard by your intended recipients. Signal makes it easy for you to verify that you are communicating with the right people and that no man in the middle attack has occurred.

The Signal service does not have access to the contents of any messages or calls sent or received by Signal users. Additionally, the complete source code for the Signal clients and the Signal server is available on GitHub. This enables interested parties to examine the code and help us verify that everything is behaving as expected. It also allows advanced users to compile their own copies of the applications and compare them with the versions we distribute.

The Signal Protocol is the most advanced cryptographic ratchet available. It provides Signal with both forward secrecy and future secrecy properties. The Signal Protocol also features enhanced deniability properties that improve on those provided by OTR, except unlike OTR all of these features work well in an asynchronous mobile environment.

LINE uses various encryption methods to protect the privacy of its user information. Not only is the communication pathway that protects communication between client (LINE) and server encrypted (with LINE Event Delivery Gateway (“LEGY”) and https), certain message types and call types that are supported are also encrypted using what is called “Letter Sealing.”

Letter Sealing is an end to end encryption protocol (commonly known as end-to-end encryption or E2EE) developed by LINE. LINE has been giving pretty heavy competition to the other messaging platforms to stay at the top in the rankings of the best messaging applications in terms of security and overall performance.

Formerly known as Cyber Dust, it’s another private messaging app that uses end-to-end encryption as the main security and privacy feature. You may think of Snapchat when you’ll read about its way of functioning, as it says on the website: “You can erase your messages off other people’s phones. No messages are permanently stored on phones or servers. Messages are heavily encrypted and not accessible to anyone, even us.”

What Dust is trying to create is a social communication platform with enhanced security and privacy, by using a combination of AES 128 and RSA 248 encryption.