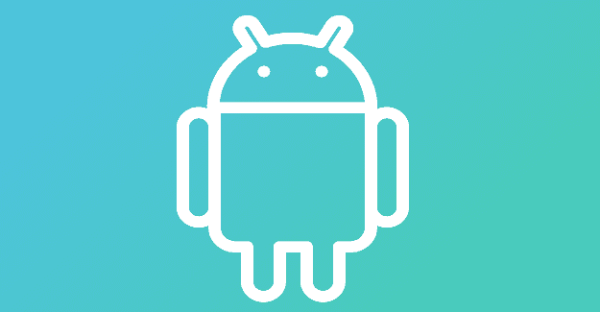 Some of the apps on the list may be new to you, or you have heard about them but never tried them out. You’ll have several options to choose from, and if the app doesn’t turn out to be what you thought it was, all you have to do is uninstall it. It’s that easy since there is no refund process like purchasing the app.

Here are some popular antivirus apps for your Android device that hopefully you’ll like. You get more features with paid antivirus apps, but if you need to go with a free version, here are a few to choose from. 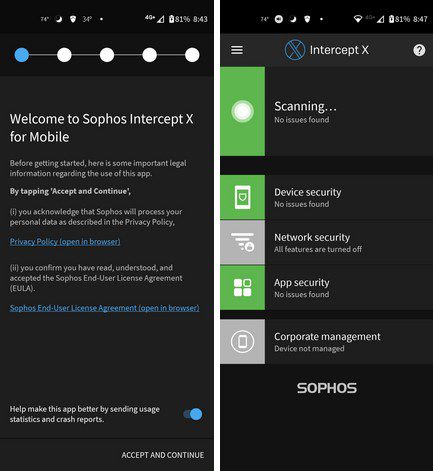 With Sophos Intercept X for Mobile for Android, you can do things such as block calls. But, it also has options to scan codes for a safe connection, and there’s also a filter to detect dangerous links. The app also offers features such as locating your Android device, sending text commands to whoever stole your device and wiping your phone remotely.

You might also like that it won’t bombard you with too many ads. The app might take some time to get used to, but it has various free app features. By tapping on the three-lined menu, you can also use features such as authenticator, Password safe, App protection, Privacy Advisor, and QR Code scanner. 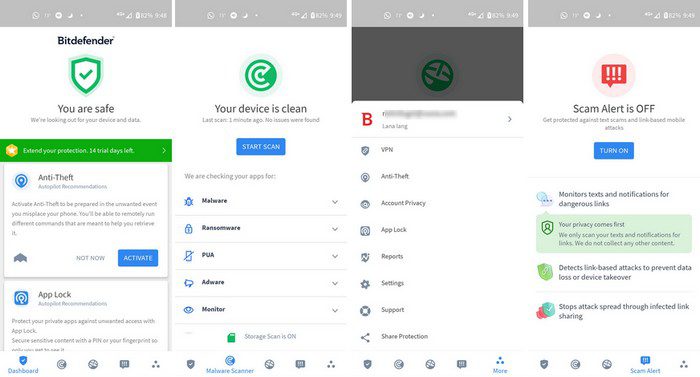 With Bitdefender, you’ll need to create an account before using the app. The app will let you use all the premium features for 14 days for free when you’re in. That way, you can see if the paid app is what you’re looking for in an antivirus app. You can count on features such as scam detection and anti-theft as well.

Bitdefender will make sure that you don’t forget to enable any of the features it has to offer. You’ll see the Activate button for each available feature on the app’s main page. You can also enable other features such as App Lock, so you don’t have to deal with unauthorized access to specific apps.

When the app scans your device, it’ll scan for things such as:

With this app, you can also use features such as web protection, and by going to the app’s settings, you can customize the app even more. For example, you can set up how you unlock the app. You can require an unlock every time you use the app; you can keep it unlocked until the screen is off or lock it after 30 seconds. 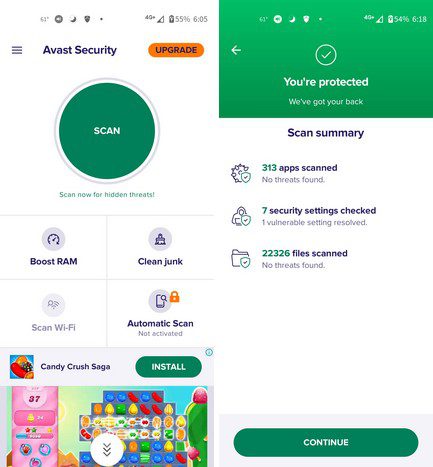 Another app that will help keep your Android device safe is Avast Antivirus. With this app, you don’t have to worry about phishing schemes or malware getting into your device. It also comes with a program that will keep important things such as your contacts, pictures, and other sensitive data from being stolen.

The features are also easy to find, and the app won’t slow down your device. The app also comes with a feature that helps you to identify dangerous downloads and files, but if you get the paid version, you can use this feature in real-time. This antivirus also comes with a VPN as well. Since it is a free app, you’ll have to deal with some ads, and it’ll need permission to quite a few things to be able to scan everything. It doesn’t have real-time protection, but it does a great job of scanning your Android device for malware. 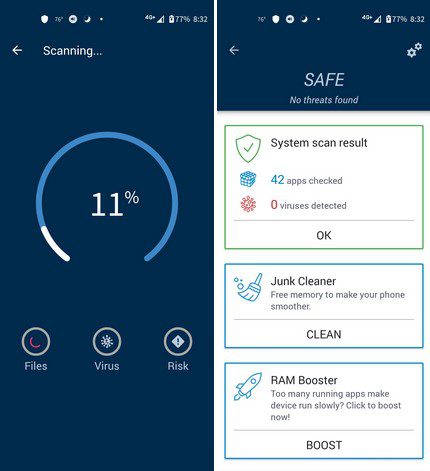 With the Antivirus Mobile app, you get an easy-to-use app that offers excellent scans. It also provides a junk cleaner, and you can also clear your phone’s memory. The app does a great job at detecting the Trojan Horse virus, and it also offers you real-time protection. 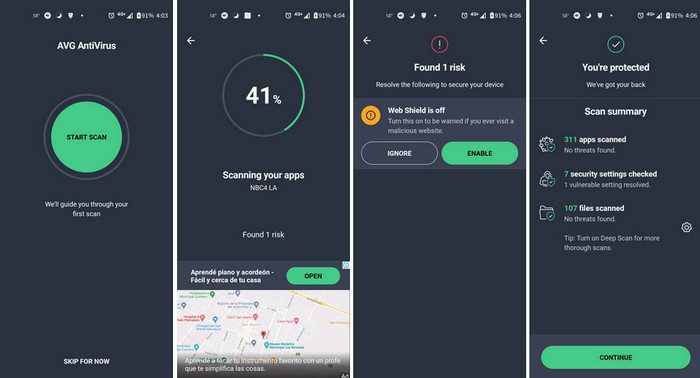 AVG Antivirus has its good and bad sides. The good side is that it offers a deep scan and it comes with a photo vault. It also helps you get rid of junk files and will also scan sites for anything dangerous. You can also count on a VPN. But, it can slow down your device and it doesn’t come with real-time protection.

Having an antivirus app on your Android device is a must, even if it’s a free one. On this list, you have various options to choose from. If one of the apps is not what you’re looking for, all you have to do is uninstall it since there is no refund process. Which do you think you’re going to start with first? Share your thoughts in the comments below, and don’t forget to share the article with others on social media.