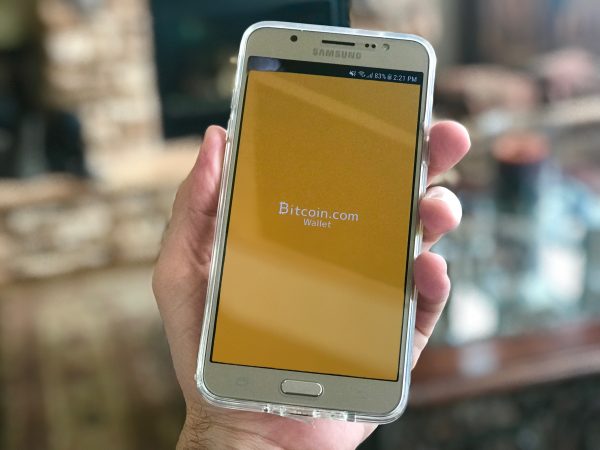 A blockchain is a self-managing chain of data like a ledger and is resistant to modification. This technology was created by someone with the alias Satoshi Nakamoto and has kept his identity hidden over the years.

A blockchain is, essentially, a group of information. The blocks are made up of separate data, and the data is linked together in a database known as the chain. The data typically includes a verified transaction, and each individual block is given a code – also called a hash. This technology can be incorporated into different fields but it is mostly used as a ledger for cryptocurrencies like bitcoin.

Over the years most companies and businesses have been resistant to the idea of making their business structure core a blockchain. Here is a list of apps in 2020 that was built on the blockchain platform.

Most people are already familiar with the cryptocurrency, Bitcoin. It is used to buy, send and exchange money.

The Bitcoin app is one of the trending apps in 2020. It is also available on Google Play Store and according to the about information in on play store, The Blockchain Wallet is the most popular crypto wallet with over 43 million wallets in 140 countries, $200B transacted, and industry-leading low fees.

It also states that the Bitcoin wallet is non-custodian and gives you unique access to private keys that can access your crypto. This means you can store, exchange, send and receive without ever leaving the security of your Wallet.

With this app, users can seamlessly buy and sell bitcoin in 36 countries and exchange one crypto for another with live, best-in-class exchange rates from the safety of your wallet. The global wallet supports 21 languages. You can also create a new Blockchain Wallet or pair your existing web wallet on your mobile device.

If you love a good story then SteemMonsters is the app for you. In this game, the fantasy world was once a zootopia where all the summoners and monsters lived together in peace and sang “kumbaya”. Maybe not exactly like that but, more than a thousand years ago the world split and chaos ensued. Now the survivors of the split have to do anything to survive. There is also the prophecy to content with. One of the things that are peculiar to all games built on blockchain technology is transparency.

Players can access unique cards that are generated randomly. SteemMonsters is an online game where players can assemble a crew and give the crew unique abilities like witches, equip them with machine guns, have healers and killers. And because blockchain technology is used, winning is no higher for people who spend more money than it is lower for people who spend less. It is about skill and tactics. Players can acquire cards and magical items and use them against foes. Each card generated has a unique identification and users can keep track of all their spending. The app also gives room for a third party to trace and manage game records.

This is another application that creates a platform for identify verification both in the virtual world and real-life scenarios. They stream and secure identities as well. Velix.ID is unavailable on the Google play store for now. To get the app go to https://www.velix.id.com to download the app. The app can also be applied to telecom, Ecomerce, Checkout, Hotel check-in, Employee details verification.

The Velix.ID Card is a unique Identification Card issued by Velix.ID to its Users. The card contains all of the User’s information in an encrypted format along with the User’s unique Velix.ID number. This process is already in play but most blockchain enthusiasts claim it is much faster.

Much like with bitcoin, filecoin is another open-source public cryptocurrency and a digital payment platform. It has been released about five years ago in 2014 and developed by Protocol Labs and Juan Bennet. When it finally launched a few years back it raised more than 200million dollars within 30minutes. Most users and critics, however, have complained that the app contains or demonstrates characteristics of a Ponzi scheme. It also operated on a cooperate digital storage that is based on the blockchain technology.

This game is a hot commodity in 2020. Although at a glance it may appear like an ordinary building game, it is so much more than that. It is one of the first building games that offers users full transparency, courtesy of the blockchain technology. And also the first simulation game based on the tech as well. Players can buy areas, build and develop them and then sell them. They can also acquire new lands and expand as well.

While blockchains have received some criticism, their benefits are undeniable. With this way of storing data as their foundation, users can experience increased security for their transactions, and more immediate access to the changes in their accounts. Perhaps this transparency is the future of our online accounts.