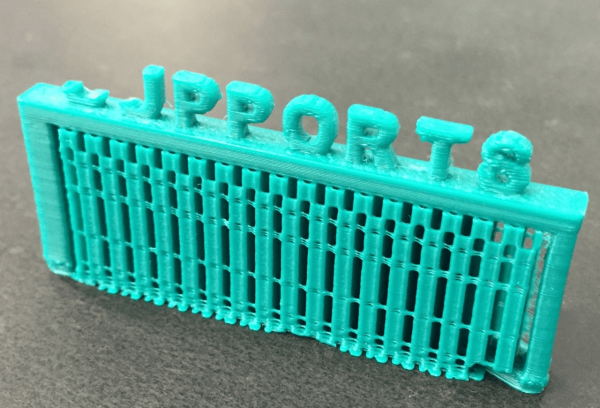 Most 3D printers are open to the air; this makes them easily accessible and easily monitored. You can also see a lot of 3D printers in a box of one form or another. These boxes are known as enclosures and serve at least one of several purposes.

Several high-temperature filaments, especially ABS and nylons, suffer from warping issues if the ambient air temperature s too low. This is because the air cools them down too fast and then ends up thermally contracting before they properly bond to the rest of the plastic around.

3D printing has been shown to produce a high amount of VOCs – Volatile Organic Compounds – and UFPs – Ultra-Fine Particles. Neither of these is good for your health if you breathe them in. Typically printing at higher temperatures produces more VOCs and UFPs than at lower temperatures.

To protect your health, it’s important to use 3D printers in a well-ventilated area. If this isn’t possible, you can add a ventilation system to an enclosure. At its most basic, you can have a fan blowing air inside the enclosure through a HEPA filter and an activated charcoal filter. Just by circulating the air inside the enclosure through the filters, you can dramatically reduce the concentration of VOCs and UFPs in the air.

3D printers have several very hot components. By placing your printer in an enclosure, you can protect curious children and pets from accidentally hurting themselves. It can also protect you from accidents too.

3D printers can also be a fire hazard. By making an enclosure out of flame retardant materials, you may be able to prevent – or at least provide more time to handle – a disaster. Further to this, it’s a good idea to always put a smoke detector inside a 3D printer enclosure, even if yours isn’t intended to be fireproof.

Dust, dirt, hair, and fur can all land on or get stuck to a 3D printer. Often, they won’t have much of an effect. They can get stuck in your prints or affect the smooth movement of your printer, though. An enclosure protects your printer from gathering this dust constantly, both when in use and when it’s off. At the end of the day, it means you need to clean your printer less than you would do without one.

Enclosures can provide a range of benefits, though the exact benefits depend on how you set yours up. One thing to note is that an enclosure can impede access to your printer for general maintenance tasks. This is especially something to consider if you’re making your own enclosure.

Have you got a 3D printer enclosure? What are the reasons you got or made yours? Let us know down below.